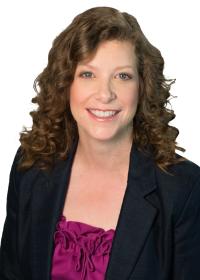 Jennie Noll is the Ken Young Family Professor for Healthy Children in the Department of Human Development and Family Studies (HDFS) in the College of Health and Human Development at Penn State University. She directs Penn State’s Center for Safe and Healthy Children and is the PI of the NICHD P50 Capstone Center for Excellence, The Translational Center for Child Maltreatment Studies (TCCMS; P50HD089922) and MPI (with Yo Jackson) of the T32 training grant Creating the Next Generation of Scholars in CM Science (CMT32; T32HD101390).

For three decades, Noll has been conducting research to strengthen causal inference regarding the developmental and biologic impacts of child maltreatment (CM) through longitudinal, prospective research and contiguous NIH funding. She has been the PI on NIH grants aimed at discovering mechanisms that explain teen pregnancy and risky sexual behaviors in CM survivors (R01HD052533), risk for sex trafficking through adolescent internet and social media behaviors (R01HD073130), the biological embedding of CM across development (R03HD045346), and premature cognitive aging for adults who experienced CM (R01AG04879). She is also the PI on the longest, ongoing prospective study of the developmental and intergenerational impacts of child sexual abuse spanning three decades and four generations (R01HD072468). Her team has developed and targeted child sexual abuse prevention programs for parents and coordinated efforts involving community members, schools, and children/youth services as universal/primary prevention.

She has Fellow status in the American Psychological Society (APS), the American Psychological Association (APA), and the Academy of Behavioral Medicine Research (ABMR). Published results from several of Noll's longitudinal studies have informed public policy recommendations for child abuse prevention and treatment by Pennsylvania’s Joint State Government Commission, the Institute of Medicine (IOM), the World Health Summit, and for several Congressional briefings and hearings. Noll's work leverages translational messaging from cutting-edge science to aid evidence-informed policymaking focused on imploring a larger public investment in the primary prevention of CM and in improving the lives of survivors.

Noll is the PI and program director of the highly-competitive P50 Center for Excellence funded by the Eunice Kennedy Shriver National Institute of Child Health and Human Development (NICHD) of the National Institutes of Health (NIH)—Penn State’s Translational Center for Child Maltreatment Studies (TCCMS). The purpose of this center is to become the nation’s epicenter for cutting-edge, transparent research that aims to identify health and developmental solutions for maltreatment survivors, mobilize public investment in child maltreatment prevention and treatment, accelerate science to practice, train the next generation of scientists and advocates, and spark dynamic system-wide change.

A major project at the P50 with which prospective students can be involved is the Child Health Study . This study includes health screenings, monitoring and education about emotional and behavioral well-being as well as physical health and well-being. Graduate and undergraduate students can play key roles in the operation of this study and gain hands-on experience working with children and families who have experienced child maltreatment.

For most of the past 25 years I have been involved in this ground-breaking longitudinal study of the long-term sequelae of child sexual abuse. This paper details the procedures for the first six waves where assessments from age 6 to ~30 are showcased. The most recently funding for the 7th wave when participants are in their early to mid-forties was funded by a R01 from the Eunice Kennedy Shriver National Institute of Child Health and Human Development (NICHD) to continue to assess this cohort and their offspring. The main aims of are to detail physical and mental health outcomes, intergenerational transmission of the effects of sexual abuse, and the identification of mechanisms of resilience. We also received an R01 from the National Institute on Aging (NIA) to study daily stress-coping and premature cognitive aging in individuals who experienced early-life stress.

In longitudinal study of 514 nulliparous adolescent females (65% abused or neglected) we followed participants prospectively through adolescence starting at age 14 and assessed annually through age 19. This study was aimed at articulating the psychosexual sequelae of childhood abuse and the mechanisms involved in HIV-risk behaviors and teen pregnancy/motherhood. The first longitudinal paper was published in Pediatrics presenting unprecedented prospective data showing that maltreated females were five times more likely to experience teenage childbirth than the national average. Subsequent analyses elucidate pre-pregnancy predictors and developmental mechanisms of the timing and occurrence of teen pregnancy/motherhood for maltreated females.

In this longitudinal study we objectively tracked internet and social media behaviors of 460 sexually abused and comparison teens age 12-15. This grant marks a relatively new area of research within the fields of child maltreatment and developmental psychopathology, because it has a particular focus on internet-initiated victimization (including sexual exploitation, pornography exposure, cyber bullying, “slut-shaming”, offline encounters, and risk for sex trafficking) and the impact of electronic media and internet usage on teen development in general. This is the first study to objectively monitor, record, and quantify teen internet activity and social media behaviors—and essential next step in internet safety research, a field that has thus far solely relied on adolescent self-reports. To do this we developed software and social networking apps that record and quantify adolescents’ “internet and social media footprints” and which are installed on specially engineered laptops that capture all URL, social media, search terms, and video platform activity of adolescent females during the course of the 5-year study. This paper published in Nature Human Behaviour details the procedures and initial findings of this study.