The Impact of Health Care Reform on Practicing Physicians

In this discussion of our “Ask the Experts” series, Dr. Dennis Scanlon speaks with Anthony Agostini, DO, Interventional Cardiology Center of Amarillo, L.L.P. They discuss the impact of health reform and new payment models on practicing providers, discuss the differences between allopathic and osteopathic medicine, and offer advice for students entering the medical field.

“Well, my own personal experience with the Affordable Care Act, at least as far as we’re in the trenches seeing patients is pretty minimal. From a philosophical standpoint, I think that the Affordable Care Act and the intent behind it was something that America really needed, which was better access to insurance. A lot of problems that we see on a day-to-day basis is people can’t maintain their insurance if they change jobs. Of course the affordability of insurance is dismal. The fact that if they have a pre-existing condition, if they try to get another insurance plan after leaving a job, their premium skyrockets…What is insurance and what does it really do for you is really limited by the private insurance market, government regulation of insurance, lack of insurance competition. That being said, the ACA was a very cumbersome act and from the real—did it make a lot of real change? I’m not quite sure….I still think that although the intent of the bill was a noble one, it really didn’t have the teeth to change things. I think that somewhere sometime in the future that that needs to be addressed…I’m by no means—I’m not an insurance expert, but the lack of competition in insurance markets and the way that things are set up right now where you have almost like miniature monopolies and regional monopolies where you can’t get another insurance plan to come in and compete to make another insurance company offer a product that has either a lower deductible or a lower premium without dropping off several benefits. That’s the thing that I think would change things the most.” 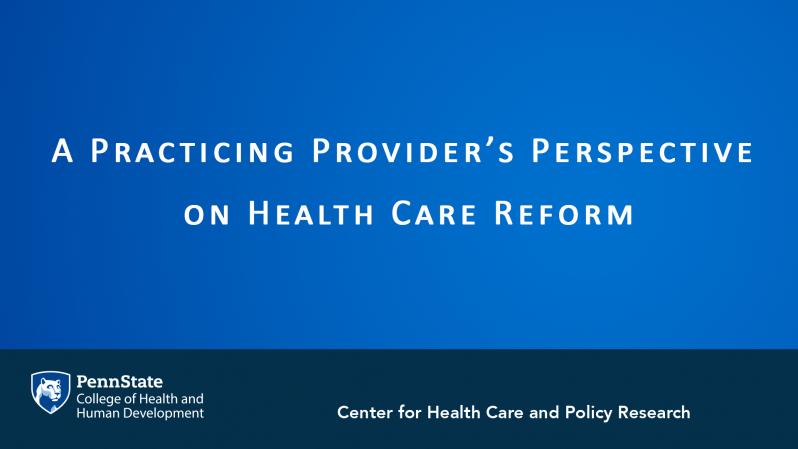 Factors Affecting the Practice and Delivery of Health Care in a Typically Conservative State, Like Texas

“Well, locally, we do have a large immigrant, Hispanic population. Our economy here…in Amarillo, which is in the north Texas panhandle, it’s actually a fairly good economy. There’s a lot of farming and ranching and beef production, a lot of industry…I’m a cardiologist, so probably 60 to 65 percent of what I see on a daily basis comes through the Medicare market, the retirees, that’s where heart disease and atherosclerotic disease tends to cluster….Some don’t have insurance, some do, our practice tries to make things achievable for patients without any kind of coverage at all…We have a certain cost that we need to cover as a private practice and a small business basically is what it is…At the same time, we try to be compassionate about caring for the people that need care at the same time.”

“In the local physician organization structure, we do have an ACO that we’re a part of too, Accountable Care Organization, which with Medicare is viewed favorably as one of the new MACRA [Medicare Access and CHIP Reauthorization Act of 2015] components and we can talk about that in a little while. The ACO works toward streamlining global care plans and taking care of the larger diagnostic realms in Medicare, coronary disease, atrial fibrillation, heart failure along my lines and then of course in the general medical realm, pneumonia, community acquired pneumonia, screening for cancers and stuff along the more general medical routes…what’s unique to Texas and some other states, but Texas first and foremost I think is tort reform. The physicians that—in the…late 90s, a big…influx of physicians to Texas with tort reform, which Pennsylvania had a real hard time with—it doesn’t—I left Pennsylvania before anything really happened there. When I was there, orthopedic surgery, neurosurgery, and obstetrics and gynecology practices were really hit hard by malpractice premiums and just couldn’t keep the lights on to see patients. That was sapping their ability to practice….I think in the whole picture, looking at Texas, or just generically any community when you think about health care, a good industry, a good economy, for the patients to have insurance or if not insurance, to have liquid cash to pay for procedures if they choose not to have insurance. Then an organized medical community, a savvy, organized medical community, and then finally a physician friendly environment.” 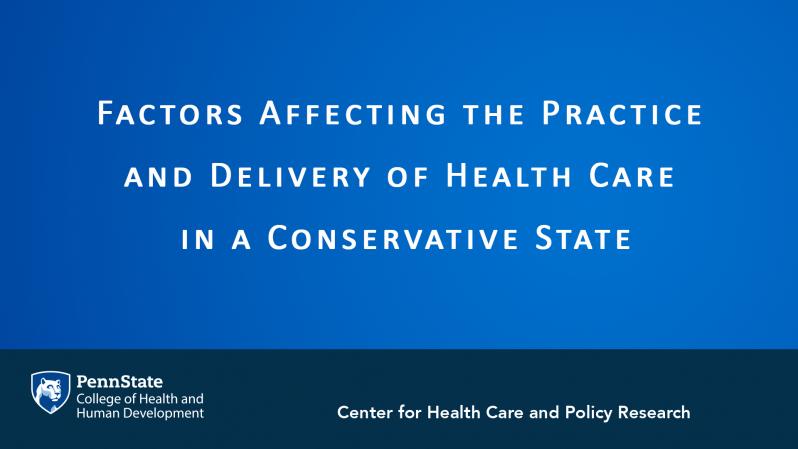 Do Payment Models Have an Impact?

“Yeah, so the biggest thing coming up is MACRA… There still is a volume component to it, the more you see, the more you’re going to bill, the more you’re going to earn. The adjustment is going to be based on a lot of very I think painstaking, computer based, quality measures that some you’ll enter and some are not necessarily entered at all…there’s quality, there’s practice improvement, there’s health care information advancement, and then there’s final cost. The first three, you as a practice …or individual have to report yourself … The last—the cost one is basically how much it costs for you to deliver care versus your regional peers and that’s not anything you need to report….it …has always been the debate in health care, how do you measure quality? Outcomes is the thing in cardiology, we measure when it comes to clinical trials. You can lower someone’s cholesterol with a certain drug, but does it result in an outcome, a lower incidence of heart attacks or things like that? Taking that from the bedside or the exam table side in the office setting or the procedural setting and taking that to an outcome is a lot more difficult in the outpatient setting.”

“That’s the thing about business and medicine is that it’s—if you take the whole health care picture, it’s a net neutral gain. There’s only so much money to spend. You can pare it down to how much money is going to spent in cardiology, in this hospital setting, in the outpatient setting, neurosurgery, all of it, but when it comes right down to it, that nine percent bonus is going to be offset by somebody getting a nine percent penalty, so that the net budget at the end of the MIPS calculation is going to be a zero gain.” 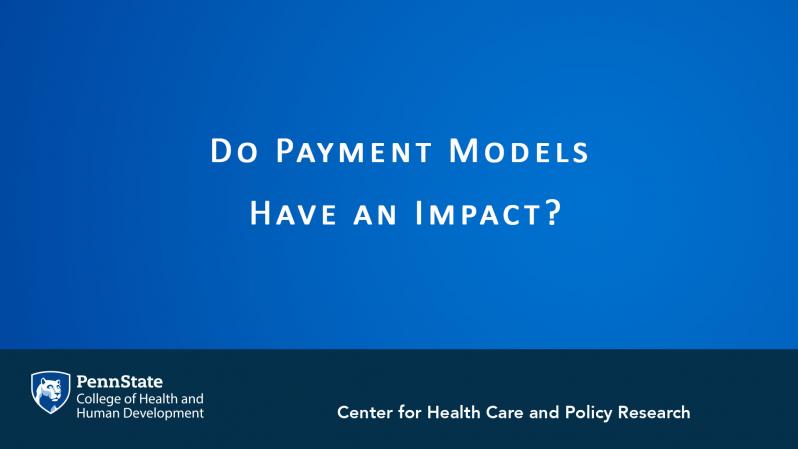 “Well again… this is all prospective thinking. I’m in a group of eight physicians…You don’t want to be the outlier. Prospectively, we need to wrap our heads around what are going to be the outcomes measures and how much control do we have on influencing those? Cost is, of course, something we have probably the most internal control on …If we can keep our costs down on the supply side of things, well at the end of the day the procedural cost should be controlled. As far as clinical outcomes, if we can really wrap our heads around what the Medicare measurements are going to be to develop some kind of an internal measurement so we have a dashboard by which we can operate by and just check it periodically, once a month, or once a quarter, just to make sure that you’re not veering off into the land of the outliers.”

“If Medicare rolls out a new piece of legislation, as far as how we’re going to be reimbursed, it’s not as if we’re going to change the way we practice.... We have kept up our certifications and we stay current. In that regard, a lot of the core for becoming and maintaining your board certifications is based on practice guidelines. We would hope that…[CMS] looks at those practice guidelines and if we stick to those and hopefully they provide us with the outcomes that they’re looking for, that I think everything should be fine…Unfortunately, when administrators, legislators, and physicians speak, even though we may be trying to talk about the same common goal, the language we use is very different. It’s hard for a physician to read the MACRA legislation or hear about it from a non-physician and understand if they’re really in the game or not. That’s the toughest thing. I think a lot of liaison work needs to be done between the practicing in the trenches physicians and the people who are rolling out MACRA and trying to describe what they’re looking for, as far as outcomes.” 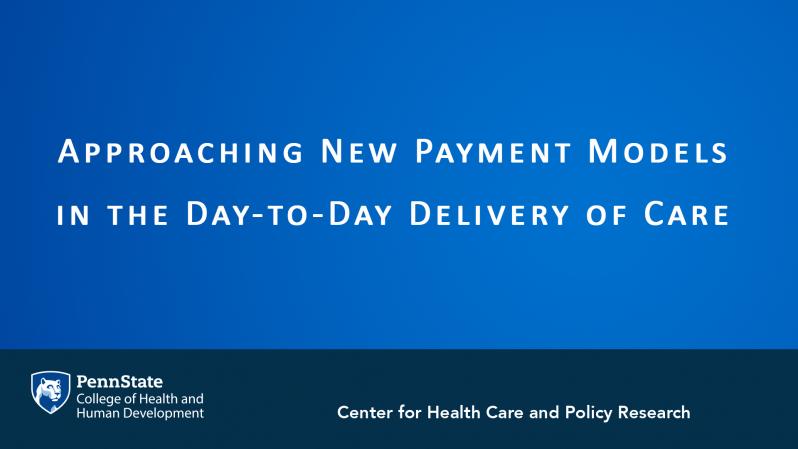 Advice for Students Interested in Pursuing a Career in Medicine

“The avenues that you have now to get to medical school are a lot more broad based than I had. We had biology, physics, chemistry, organic chemistry, pre-med were the main ways to get there. … With now in the Health and Human Development College, the biobehavioral health and a lot of the allied type—or global health, global medicine, these are just amazing opportunities I think that you can get into. …I think my advice would be, looking back now 20 years out, my advice would be look at the medical schools that are out there first that you’d be interested in applying to and what their curriculum and course load is like. Then, adjust your undergraduate career to sit that or emulate that, keeping in mind that there may be a little bit more coursework you need to take. Internships and actual experience on top of your coursework is always a big plus.” 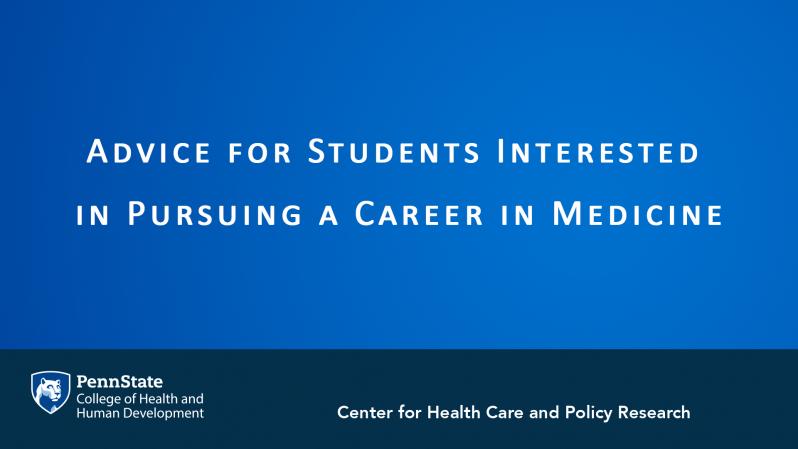 The Differences Between Osteopathic and Allopathic Medicine

“Well, I think the philosophy of osteopathic medicine is…a very good philosophy to keep in mind as we take this health care system into the next era, as I was talking about the factors that influence our patients’ heath beyond the bedside. Over 100 years ago, osteopathic medicine was founded in a very dark time in medicine basically. You had the doctor and the patient and the tools in the doctor’s bag were very limited. There was phlebotomy and arsenic and that’s it. There was not much to medicine…One physician… name[d] … Andrew Taylor Still…thought that keeping the body moving and fit from a musculoskeletal standpoint would have a great impact on these people’s health. The people in his community were farmers, and ranchers, and really needed their physical ability to get their job done. In the—along came the great flu epidemic of 1918 and he kept his patients moving and they didn’t get as much atelectasis and they had lower rates of pneumonia…Medicine was also a very politically competitive environment and so he was ostracized by his community and he said well, fine, I’ll just call it a new degree, the doctor of osteopathic medicine. Through the years, at the turn of the century, mid-century the profession kind of came into its own…It was a tough road for them to practice in large hospitals in large cities because they were barred from staff….These days though, that division in staff is just non-existent.”

“As far as the philosophy of treating the whole patient—if we translate that into what we’re looking at today, it’s treating the patient in the whole health care system and having your head on a swivel and knowing that just what you’ve done is not all there is to it anymore.” 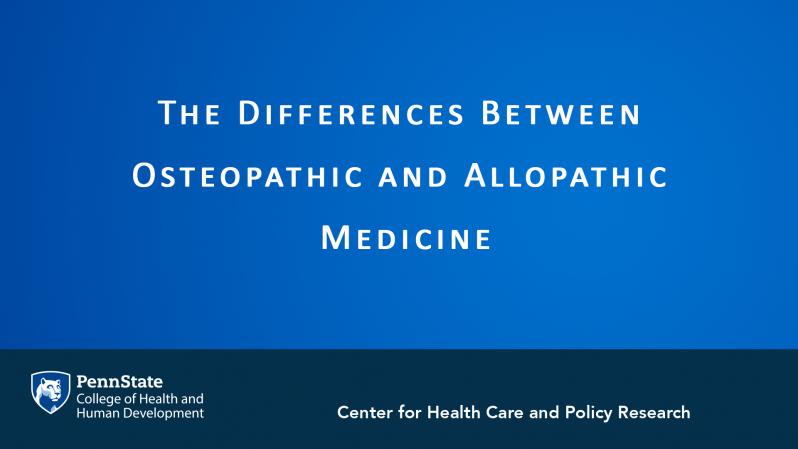 BACK TO ALL ASK THE EXPERT VIDEOS