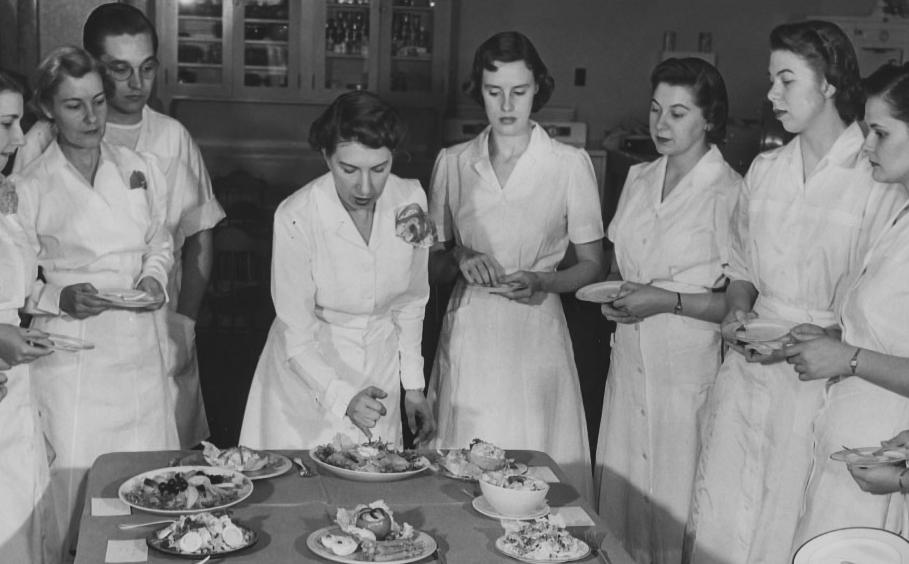 The Penn State School of Hospitality Management, one of the oldest hospitality program in the country, began in 1937 as an outgrowth of Institutional Management and was originally known as Hotel Administration.

In the 1950s, professional courses in business and accounting, chemistry, and food related concepts became part of the curriculum, and by the mid-1950s, the major started to increase its management emphasis. The program quickly introduced improved management techniques, reduced costs, and the design of new facilities.

In the 1970s, the curriculum underwent an extensive revision, and in the 1980s, the Department of Food Service and Housing Administration became the Department of Hotel, Restaurant and Institutional Management. Reflecting the growth of the program and its contributions to the hospitality industry, Penn State upgraded the Department to create the School of Hotel, Restaurant, and Institutional Management in 1987. That same academic year, the Walter J. Conti Visiting Professorship Program endowment was established.

In the 1990s, the School of Hotel, Restaurant, and Institutional Management built its new home, Mateer Building, on the University Park campus.

Mateer Building is a state-of-the-art facility that supports the growth and application of technology in hospitality and food management. It includes a research and teaching kitchen, hospitality information systems laboratory, production kitchen, Cafe Laura, as well as a resource/learning center and media demonstration auditorium.

During this era, the School dramatically increased its international study offerings. Today, undergraduate students can study abroad through several different programs of varying lengths that take them to countries such as China, the Netherlands, France, Italy, Spain, and Australia.

Additionally, the program developed a new undergraduate focus on gaming and casino management.

In subsequent years, Mateer Building underwent extensive renovations, including renovation of Cafe Laura. The project also included updating the building's public spaces and classrooms, including classroom technology.  A gift from the Statler Foundation named the private executive dining room in Cafe Laura, a sought after reservation spot for the students' capstone course "theme dinners" supporting the "living lab" while the Conti Professors Wall of Honor was renovated into a gallery like tribute to these executive partners.

Curricular improvements continued with changes to the School’s technology curriculum and courses in contemporary hospitality management issues such as asset and social media management. The School also created an Entrepreneurship and Innovation minor. Penn State changed the program’s name from Hotel, Restaurant, and Institutional Management to Hospitality Management to reflect the new curriculum.

In honor of the School's impact and its 80th anniversary, it was awarded a prestigious recognition from the Penn State Alumni Association, a historical marker, located outside Mateer Building down the street from the world-famous Nittany Lion Inn.  From its humble beginnings in 1937, the School of Hospitality Management has grown to become one of the most prestigious hospitality management programs in the world.