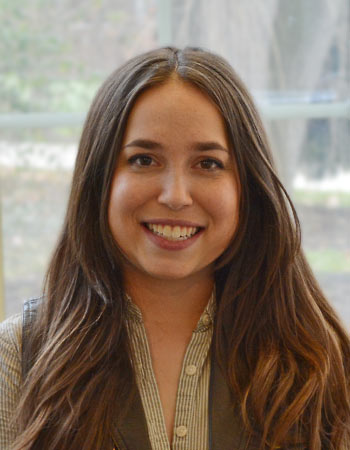 For her high school years, Sara Manetta attended a small, Quaker boarding school with a mere 300 students, which meant attending Penn State at University Park with more than 40,000 fellow undergraduate students was a bit of a culture shock.

“My high school was really small. I knew everyone, played sports, and had leadership opportunities. I switched from that to coming here and being one of thousands and it was very overwhelming at first,” Manetta said. “It was a little hard at first to find exactly where I wanted to go within Penn State.”

More than 4,500 Penn State students are enrolled in the College of Health and Human Development (HHD) studying a wide-array of fields, each committed to the concept of improving the quality of life for others. Manetta, who found a home in the Department of Biobehaviroal Health, was one of those HHD students, graduating in the fall semester of 2014. This is her story.

Manetta, who graduated from George School in Newtown, Pennsylvania, was the only student from her high school class to attend Penn State, so when she arrived she essentially knew no one. That reality was slightly daunting for Manetta; however, with the guidance of her older sister, Liz Manetta, who graduated from Penn State a semester earlier, Manetta was able to take steps to get plugged in on campus.

“I had to act really quickly as far as making friends,” she said. “If my sister hadn’t come here and taken the leap before me, I’m not sure I would have ended up here.”

It was Manetta’s sister who introduced her to organizers of the Penn State IFC/Panhellenic Dance Marathon, which is said to be the largest student-run philanthropy initiative in the world. Manetta immediately decided to volunteer for the Dance Marathon that raises funds for pediatric cancer research and treatment. Soon after she joined a THON committee.

“That kind of solidified my place here,” Manetta said. “I think it gave me a little more confidence to reach out to other interests.”

Later, she joined the American Red Cross student group. She also found a close-knit community with the Schreyer Honors College. Still, it was THON that made a lasting impact on her career path.

“It’s incredible. Words can’t even describe it. The first thing that struck me was how many great, kind-hearted, community-oriented people we have at Penn State who are willing to give up their time and put in the effort for this incredible cause. It’s unlike any other school. I didn’t realize until I was applying to a THON position exactly how many people apply and how competitive it is to be involved and to want to give back,” Manetta said. “It solidified my interest in the medical field and I think it’s given a face to my interest in the medical field. It’s given it a more personalized aspect because I get to see the families and I get to see the impact it makes. My interests in public health and community service tie really well with my interest in THON.”

Initially, Manetta studied bioengineering. However, after a few courses Manetta realized she was good in math, but she wasn’t passionate about it. So, she took a semester off to explore her career interests. Once again, her sister helped guide her by suggesting she check out BBH.

“My sister told me if she could do it again, she would study BBH, and maybe I should check it out because it’s more of a build-your-own focus; you can focus on what interests you,” Manetta said. “I was more interested in psychology, but biological aspects of it and I thought BBH was a good fit.”

With a minor in neuroscience, Manetta served as a student marshal at the Dec. 20 commencement ceremony for HHD.

Manetta also conducted a thesis project, titled, “Chronic Pain, Depression, and Academic Performance in College Students” for the Schreyer Honors College under the supervision of Dr. Jennifer Graham-Engeland, associate professor of biobehavioral health. Manetta found that chronic pain coupled with depression could have detrimental effects on a student’s academic performance.

“I can look at the data and I can see the impact it’s having on their grades and their stress level and how they view themselves as students. They’re unhappy with how they’re doing,” Manetta said. “I think all the students who have gotten this far deserve a chance to do as best as they feel they can.”

Manetta plans to take a year off of school before attending either medical school or graduate school to study public health. In the meantime, she will seek employment in the clinical health care or nonprofit sector.

In addition to BBH, there are a variety of areas for students to study within HHD through the Departments of Communication Sciences and Disorders, Health Policy and Administration, Human Development and Family Studies, Kinesiology, Nutritional Sciences, Recreation, Park, and Tourism Management, and the School of Hospitality Management. Learn more about HHD.