The Art of Mentorship 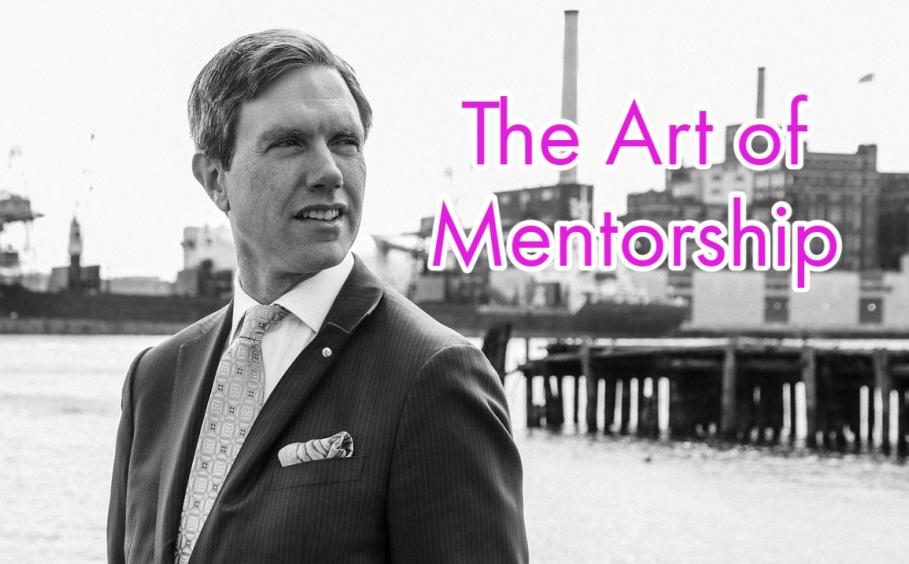 Penn State alumnus Kevin Frick, who graduated with a degree in health policy and administration in 1991 as a Schreyer Honors Scholar, currently serves as vice dean for education and professor at Johns Hopkins University Carey Business School. Since 2013 he has served as a mentor with the Health and Human Development Alumni Mentoring Program.

In 2019, Frick established the Kevin Frick Alumni Mentoring Program Endowment in honor of Charles Yesalis III, a professor emeritus of health policy and administration, and the first person who served as a professional mentor to Frick. The endowment is established in honor of Yesalis’s impact on Frick’s professional journey and will support the costs of running the College of Health and Human Development Alumni Mentoring Program.

Below, Frick shares advice in his own words on why it may never be too early to get involved in mentoring.

How soon can I mentor?

This May marks thirty years since I gave a speech at the College of Health and Human Development commencement in Rec Hall quoting from the Golden Girls (a contemporary sitcom) theme song thanking those who had been my friends and encouraging other graduates to do similarly. This quote allowed me to avoid taking myself too seriously after quoting from a dark Emily Dickinson poem in my high school commencement speech.  Not taking myself too seriously carried over to thinking I would not be taken seriously as a mentor just out of undergraduate studies. Now I ask, “Should it have?”

My willingness to receive only one type of mentoring as an undergraduate gave me a narrow view of mentoring—a senior colleague or community member imparting wisdom and presenting opportunities to someone decades their junior.  I waited more than a decade to mentor College of Health and Human Development students.  If I had maintained my narrow view, I would only be starting to mentor now, passing up more than a decade of amazingly fulfilling experiences mentoring HHD students; others at Penn State; community members; and students, staff and other faculty at the university where I work.

Two recent mentoring experiences forced me to re-ask the question—could I have mentored sooner? At the recent Health Policy and Administration undergraduate mentoring kickoff, I was in a group session including one mentor who stated she graduated only four years earlier; I am confident she will be a good mentor. Could I have done that? Later, during the job shadow weeks, I was asked to discuss my career, work-life balance, and mentoring. Someone asked, “Could a more senior student mentor a junior student?”

The answer depends on the favored definition of mentoring.  Some suggest the mentor must be an “experienced professional.”  Personally, I favor a definition from The Balance Careers website, “Mentoring consists of a…relationship focused on supporting the growth and development of the mentee.”  I edited out “long-term”; while I believe long-term mentoring relationships are the most rewarding, not every successful mentoring relationship must be.

From my favored definition, you can tell that I think successful mentoring has less to do with experience than with intentional commitment to someone else’s development.  It has more to do with being engaged (and engaging), finding ways to empower, being empathic, and being authentic and vulnerable: skills available at any age.  I could hone them when I was 21; I’m still honing them now at 51.  Being a good mentor means sharing my extra knowledge, different network, unique experiences, life insights, and enthusiasm for others’ success.  I suggested to the student I was speaking with at the job shadowing webinar that a senior could think of what they would have wanted to know as a first-year student to make the most of their time at Penn State when mentoring even before being an alum.

While recognizing that specific protégé goals may require more experience, I am now confident that it is never too early to mentor.